How Much Does a Jacuzzi Bath Remodel Cost?

How Much Does a Jacuzzi Bath Remodel Cost?

A jacuzzi bath overhaul updates the bathtub, shower, and tiling. Both of them come in small and large sizes, so you can be sure to find the right one for your home. Jacuzzis make bathrooms feel like spas.

There is a big price difference between a soft-sided option that stands alone and one that is built in. Think about these common costs as you make your decision.

The main thing that affects cost is the kind of jacuzzi you choose.

Take away pro tip: Putting a jacuzzi on a deck may be cheaper than on the ground, but you'll need a concrete pad. If you want to save your landscaping, this is a good choice.

Prices for an above-ground jacuzzi range from $400 to $18,000, not including installation. The price mostly depends on the size and type, but it also depends on where you want to put it. Most people have above-ground jacuzzis because they are easy to set up and use. Many options are already filled, plugged in, and ready to be used.

For an outdoor jacuzzi, you'll need a strong base, like a concrete slab, pavers, or a deck. If you don't already have this kind of stable ground, you'll have to build it. Also, you'll need to run electricity outside through a GFCI outlet. The voltage needs to be high enough to handle the needs of a jacuzzi. You should figure in these extra costs.

The cost per square foot of a concrete slab foundation is between $5 and $10.

If you want to put a jacuzzi inside, you will probably have to pay $300 to $1,200 for a home ventilation system. This system will get rid of the smell of chlorine and unwanted heat and steam, which can damage the wood.

To stop mold and mildew from growing, you may also need to remodel the space and use materials that don't slip or get wet. This work will cost between $15 and $60 per square foot. If your remodel includes putting in new pipes, expect to pay between $450 and $1,800 on average.

If you live in a remote area, the delivery company may charge you an extra $0.50 to $3.00 per mile for a long-distance drop-off. Choose a position where the equipment panel can reach it and it's 10 feet from power lines.

Even though the price of your jacuzzi might include delivery, it might not include crane delivery. If your backyard is hard to get to, you need a crane.

Depending on size and location, crane companies charge $800 to $1,500 to deliver a jacuzzi. If delivery isn't included and a crane isn't needed, it will probably cost between $200 and $500.

Most cities don't license above-ground jacuzzis, but many do for in-ground ones. They cost between $100 and $250.

When full of water, an above-ground jacuzzi can weigh up to 6,000 pounds, so it needs a strong base to sit on. Based on average jacuzzi sizes, the cost to pour a concrete slab ranges from $4 to $8 per square foot. At the very least, you'll need 100 to 120 square feet. If you already have a patio, you can use that as a base, or you can use pavers, a deck with extra support, or gravel.

If you want to use an existing patio, you may need to level it with concrete if it slopes away from your house. The price per square foot is between $3 and $6.

Inflatable jacuzzi can sit on the grass, the ground, or on insulated bases.

Wiring a jacuzzi costs between $600 and $2,200. This depends on the model of your current setup and how many amps it has. From $400 to $1,750 is what it costs to put in a subpanel. This might be necessary if your current panel can't handle the amps that the jacuzzi needs. On average, it costs $215 to put in an outlet. If you don't have an outlet within 5 feet of your jacuzzi or wish to update it, you may require this service. Most of them need 220 to 240 volts and 50 to 60 amps.

An electrician will charge between $250 and $300 to set up an outdoor sound system near your jacuzzi.

From $400 to $1,900 is how much it will cost to put pipes in your jacuzzi. If you build it yourself, you might be able to put in water lines that let you fill it up without a hose. Most models don't need to be plumbed in differently. Plug-and-play systems are closed, so only a hose can be used to fill them. (Verdure Wellness 2019) 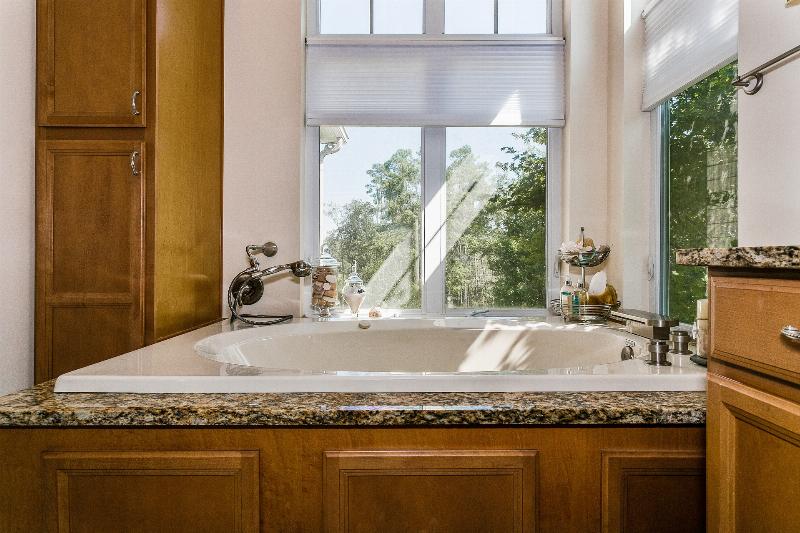 How Much Do Different Types of Jacuzzis Cost?

The cost of a portable Jacuzzi

Prices for portable jacuzzi range from $500 to $10,000 You may choose to install a jacuzzi on your deck. You can store the piece in your basement or shed during the winter.

Any above-ground model can be moved, but how easy it is to move depends on how heavy it is. Most non-inflatables weigh 400 to 1,000 pounds, whereas a fridge weighs 200 to 300.

The Cost of a Saltwater jacuzzi

Depending on the jacuzzi and accessories, salt water chlorine generators cost $500 to $2,000. Generators for built-in models cost between $1,000 and $2,000, which is a lot. Styles for above-ground units that stand on their own are closer to $500.

Pro tip takeaway: Chlorine is cheaper and easier to clean than saltwater. Salt can eat away at things like wood, so it's best to buy something like acrylic. Before choosing, examine the advantages and downsides of saltwater and chlorine.

The Cost of an In-Ground jacuzzi

The Price of Putting in a Swim Spa

The installation of a swim spa costs between $300 and $7,000, and the jacuzzi costs between $15,000 and $35,000. Most boats of this style are much bigger than average and are made for swimming or holding 15 to 20 people. Like other Jacuzzis, above-ground Jacuzzis cost less than those that are built into the ground.

The cost of a Jacuzzi depends on its size and materials.

Prices vary by shell material, which can be anything from vinyl, which is very light and easy to carry, to wood.

A soft-sided jacuzzi that is inflatable costs between $400 and $1,500. This is the choice that costs the least. It is made of vinyl and comes deflated. Then you just need to blow it up, add the motor, and use a hose to fill it. Once plugged in, it works. People like inflatable styles because they are light and easy to make on their own. Because the material is soft and bendy, they are more likely to get holes and need to be fixed or replaced. 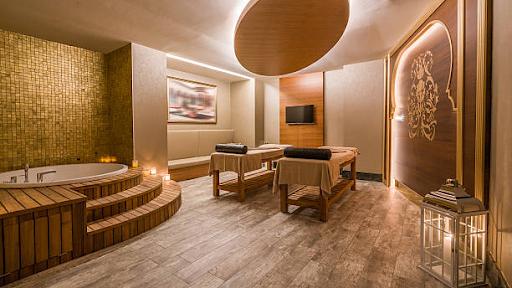 Most vinyl-lined Jacuzzis are in-ground, but they can also be made of wood. The vinyl acts as a barrier between the concrete and the water. Building a new in-ground jacuzzi or adding one to an existing pool costs between $8,000 and $25,000. Building a jacuzzi at the same time as a new pool will cost between $6,000 and $15,000. (Over the pool's cost)

These "plug-and-play" models can be turned on by plugging them into any 110V outlet. Most Jacuzzis made of rotomolded plastic cost between $2,000 and $6,000.

Most people choose acrylic Jacuzzis, which cost between $4,000 and $18,000. This type usually has a shell that has already been made and a frame made of wood, acrylic, or stainless steel. Acrylic is favored by homeowners since it's stylish and cold-weather-friendly. It's harder to move than wood, but often easier to put up.

Are You Ready To Remodel your Jacuzzi?

Jacuzzi bath remodels make bathrooms feel like spas. Before installing or changing one, consider a few things. Replace the tub with a jacuzzi. Don't make an old tub a jacuzzi. Consider your environment. It's probably a new tile or acrylic. Consider the tub's cleaning and operational maintenance.

Everything we do at Smart Remodeling LLC is perfect. Get in touch with us right away so we can talk about your project. You'll be thrilled with your purchase. You can call us at 832-800-8889 or book a free consultation on our website right now.