Rain Shower Head Pros and Cons choose the best rain shower head for your shower changing or upgrading your existing showerhead What Is a Rain Shower Head? Remodel Your Shower

You have the option of changing or upgrading your existing showerhead if you're replacing it in your shower. While there are many different types and designs of bathroom shower heads, a rain shower head is a great option. 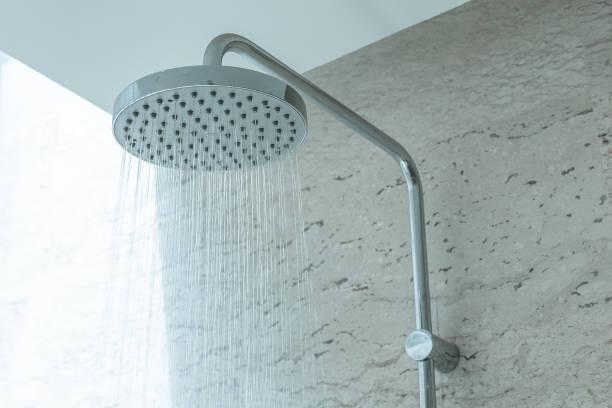 Rain shower heads are increasingly gaining popularity in modern bathrooms. This is because they provide a rain-like showering sensation by distributing water via numerous tiny holes. They can be hung on the wall or even suspended from the ceiling.

What Is a Rain Shower Head?

Rain shower heads, as the name suggests, are designed to mimic a soothing rain shower that covers the entire body.

Fixed shower heads that are mounted to the shower wall are the most common shower heads found in most homes. They're a simple mechanism with a diameter of about 5 inches or less.

Fixed rain shower heads are similar to ordinary fixed shower heads; however, they are significantly larger. They range in size from 8 to 12 inches and have more holes in the surface to provide much more coverage in the shower.

Rain shower heads were originally designed to be mounted on the ceiling. They are now available as wall-mountable versions to save running plumbing to the ceiling above the shower stall.

ProTip Takeaway: The rain head can be fitted as a shower arm attached to the wall or as a ceiling fixture, making it extremely adaptable.

The rain shower head's mechanism maintains a balanced water pressure flow that turns the water into larger water droplets. Rain shower heads have a lot of nozzles, which spreads the water out over a larger area. It completely covers your body, making showering a pleasure.

Rain shower heads can be fitted on the sides and ceilings of your bathroom. It may, however, be a little more challenging than standard shower heads. However, if you follow the instructions carefully, the process can be made simple. 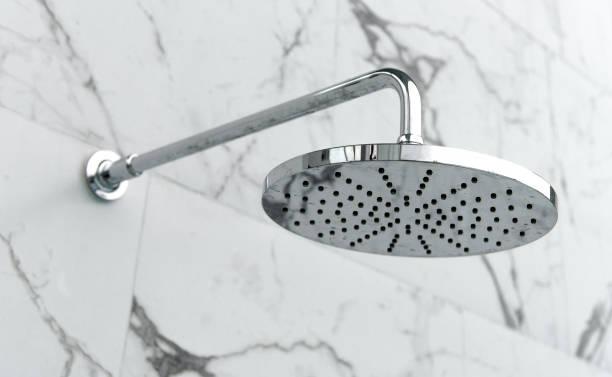 A rain shower head often comes with all of the equipment you'll need to install it in your bathroom on your own. It's as simple as screwing the shower head to the pipe (which is pre-installed in practically all bathrooms in the United States) and it's ready to use. (Showersly, 2021)

ProTip Takeaway: Some of them have threaded attachments so you can screw them into the pipe. Even so, certain ceiling-mounted shower heads require a lot of care during installation. In these cases, hiring a plumber is a good idea.

Water from the rain shower head flows on your head and down your body. You'll get the sensation of rain pouring down on you since the shower head is installed according to specified dimensions.

Each drop resembles raindrops that gently fall on the body to create a delightful shower. It will relieve all of your stress and soothe your body in the same way that rain does. (The Bathroom Blueprint, 2021)

The rain shower head's water flows gently and smoothly. They do, however, have the capacity to change the water pressure as needed. This is not to be confused with jets heads, which produce a water flow or spray water too quickly or too forcefully.

One of the most appealing fixtures in the bathroom can be the rain shower head. Installing one can be a simple technique to make your bathroom look more elegant and sophisticated. In fact, a rain shower head quickly elevates the value and elegance of a bathroom.

It is simple to clean because it is greater in size and has a wider, flatter surface. Clean the rain shower head with a soft cloth and you're good to go. It also has rubberized nozzles on rain shower heads making them easy to clean. To clean, you will just wipe the nozzles with your hand to remove any dirt or debris.

The most recent rain shower heads available in the market use cutting-edge water-saving technology. Furthermore, because the water falls directly and steadily on the entire body at the same time, showering takes less time. This saves water as well. It's a fantastic strategy to accomplish more in less time and with less water.

The most appealing feature of a rain shower head is the very relaxing and soothing sensation it provides. A rain shower head is great whether you want to feel motivated in the morning to set the tone for the day or de-stress and relax after a long day at work. It calms muscles, cleanses the skin, and revitalizes the entire body. To get the most out of hydrotherapy, consider installing a multi-function rain shower head.

Rain shower heads have controls that allow you to change the temperature, as well as the flow and pressure of the water. In the more costly models, you'll find advanced features like LED illumination, numerous spray settings, refreshing massage, superior designs, and finishes.

This type of shower head costs significantly more than regular shower heads. The majority of rain shower heads are of top quality. The mechanism and finish, in particular, are extremely precise, as are the intriguing designs.

The majority of rain shower heads on the market are quite pricey with most of them usually ranging from $75 to $100. Many individuals are turned off by this. In any case, if you want top-of-the-line models, set aside more money in your budget.

To fully benefit from the "rainfall" effect, the tallest person who takes the shower should have at least one foot of clearance underneath the shower head. Because the shower head is larger than a standard shower head, you'll need to make sure you have enough ceiling space to accommodate it. 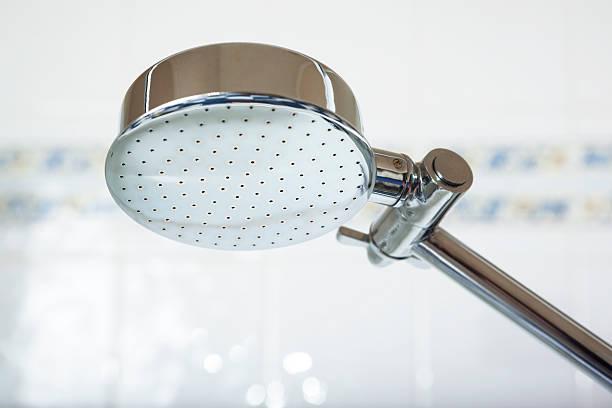 Installing the shower head is usually not a smart option for renters. The rain shower head's design makes it hard to install it in a rental apartment. A rain shower head may require some further plumbing upgrades (to allow for the required 90-degree angle). (Hunker, 2020)

Rain shower heads must be properly cared for in order to last a long time. Water residues might accumulate inside or outside the shower head, affecting the look and water supply. If the water is not flowing smoothly, the nozzles should be cleaned. Cleaning it within a few months should therefore be on your priority list.

ProTip Takeaway: Any form of breakdown that isn't covered by the warranty will cost you a lot of money.

Low water pressure may at times prevent you from washing off as quickly as possible. Using a rain shower head will then require you to have a lot of time on your hands. As a result, rushing may cause you to be late for work due to the time-consuming shower. (Designing Idea, 2021)

Leakage can happen in different situations, especially if the neck isn't placed properly or is moved too quickly. To avoid the difficulty, you should be careful about these instances.

ProTip Takeaway: Rain shower heads can also hold a little amount of water. When you switch on the geyser, the heated water takes up more area and causes a drip in some circumstances.

The rain shower head is intentionally wider in diameter. Since it is larger than an all-directional shower head, it needs more space for effective installation. Before installing a rain head, make sure your shower space is large enough to support the wider spray of water. You don't end up with water on your flooring every time you shower. (Toilets Guide, 2021)

Are You Ready To Remodel Your Shower?

We hope the article has been helpful about the pros, cons, and everything you need to know about rain shower heads so you can decide if they're good for you and your bathroom.

So, are you planning to include a rain shower in your next bathroom renovation in Houston, Texas? Let Smart Remodeling LLC help you with your rain shower head installation. We will guide you on the best one to buy and install at an affordable cost. Contact us today and schedule a free consultation.